HomeBlogPolicyEcosystems & biodiversityResponses to UK Government’s response to the Dasgupta Review 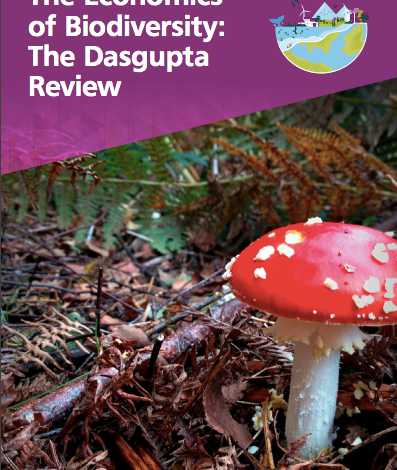 Responses to UK Government’s response to the Dasgupta Review

For reference: UK Government’s response to the Dasgupta Review

The first response stems from a meeting with the UK Treasury on the issue of environmental discounting, chaired by Ben Groom. The workshop included presentations by EAERE President Christian Gollier, Moritz Drupp and Anthony Millner. After hearing arguments on both sides, Treasury opted to recommend a review of environmental pricing rather than having an environmental discount rate across the board. New guidance on this will be written in this regard in the coming months for the Green Book refresh in Spring 2022. This conclusion responds to this comment in the UK Government response to the Dasgupta review on page 22: “The Green Book continues to be updated in line with emerging evidence and best practice. For example, HM Treasury is conducting an expert review into the application of the discount rate for environmental impacts, on which Professor Dasgupta will be consulted, and which will be concluded this year”.

The conclusion can be found here

The UK Government response to the Dasgupta Review states on page 22:

“To this end, HM Treasury has convened a group of experts, including academic economists and scientists as well as practitioners, to produce supplementary guidance on Biodiversity Valuation for the Green Book, in addition to the guidance on natural capital. This world-leading guidance is expected to be published later this year and will complement the Environment Bill’s biodiversity net gain provisions in supporting better consideration of biodiversity in decision-making.”

Ian Bateman, Ben Groom, EJ Millner Gulland and Rosie Hails are all part of this group, together with economists from Treasury, Defra Forestry Department team. The team is hoping to provide guidance on biodiversity for the Treasury Green Book on CBA.