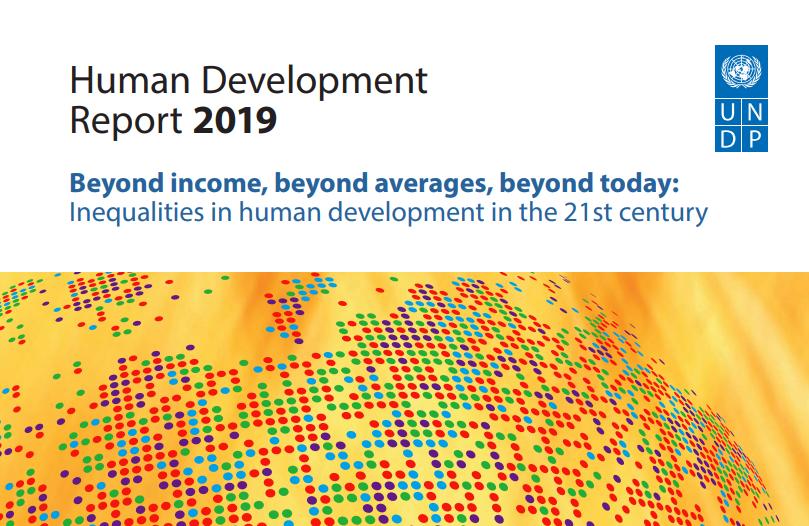 The 2019 Human Development Report – Beyond income, beyond averages, beyond today: Inequalities in human development in the 21st century is the latest in the series of global Human Development Reports published by the United Nations Development Programme (UNDP) since 1990. The reports deal with major development issues, and provide sound scientifically based discussions. This edition focuses in particular on inequalities, as in every country still many people have little prospect for a better future. Despite many have managed to escape extreme poverty worldwide, even more do not have the opportunities nor the resources to control their place in society due to different social inequalities such as gender, ethnicity or wealth.